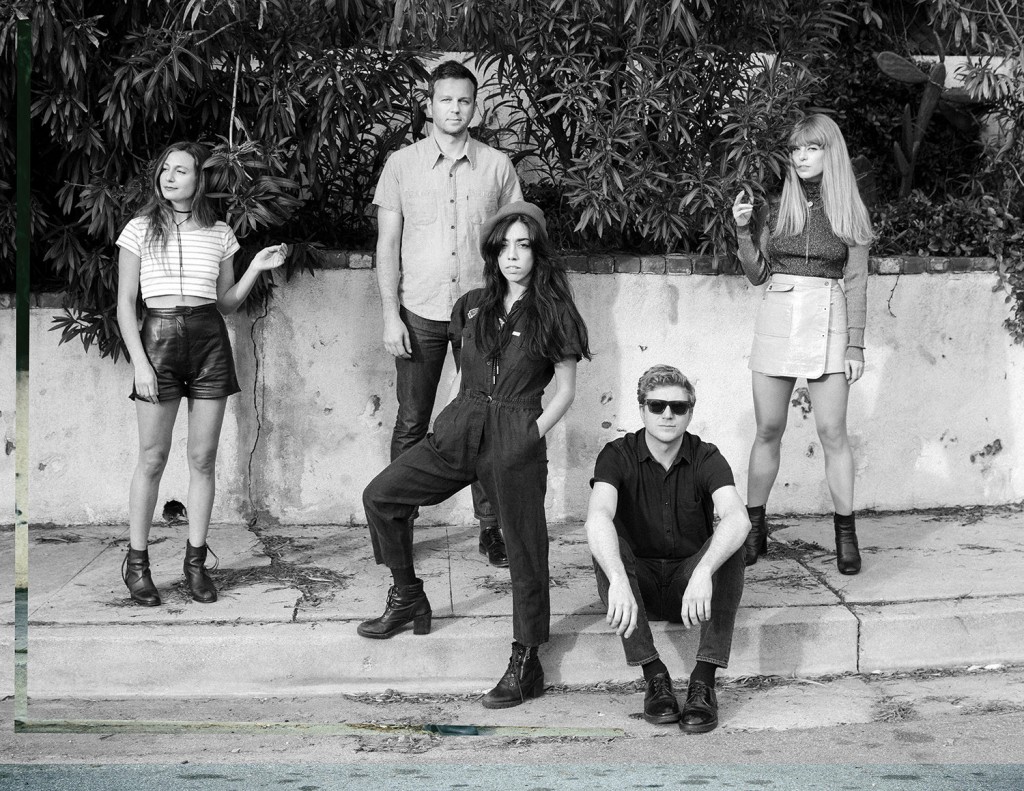 First of all, thanks for your time. I’m Thomas, from the DIY Music Blog WE LOVE THAT / SOUND from Berlin, Germany. I’m always looking for new and fresh tunes and bands. I want to show our audience something, they don’t know and I’m writing only about bands and artists I LOVE. So here I Am.

We love that Sound: You’re a six piece band, how did you meet each other?

ROYA: I met Rahill while recording her other band Habibi at Death By Audio. We worked well together and she had some new ideas so we got together and started writing. Rahill had met Hamish and he came to the very first session. We actually recorded most of Mod With Feelings that day which is the last song on the record. The rest of the band were friends from New York and fell in place pretty organically.

W: Is ROYA a official Band or just a project?

R: We are playing a lot of shows and already working on the second record. Does that make it real?

R: Me and Rahill write most of the songs. Usually they start with a guitar idea that I send to Rahill or a vocal idea she sends to me. Once we find a strong match and it gets stuck in our heads we bring it to the band and fill in the gaps.

W: Your sound is very unique and not usual for your age, you’re all look very young, which of you guys came up with the idea to play that awesome sound?

R: I think coming up with „a sound“ is a lot of happy accidents. When we got together we had some ideas of what kind of band this would be but through the process we found something our own.

W: Do you have a special connection to the old movies of the 60s?

R: I think some of those movies depict the visual landscape for punk and rock to blossom. They brought forth the idea that youth could be cool and influential.

W: I listen to the record the whole time, for me it’s one of the best records this year. Do you feel the same or did you realized when you played the songs for the first time: „Yeah that’s it!“?

R: That is very nice. thank you. We love the songs and worked hard at making the best record we could but do think there is a certain amount of chance and magic to making a great record.

W: For your Video ‚End Times‘ you used a lot of war footage, nazi footage and in the end Trump, did you see that coming? How is life in New York City in these days?

R: Rahill made this video as a reflection of the current political climate before the election. We decided to release it the day after US presidential election as a protest. Things are heavy in the world right now. Strange things happen every day. We need to make sure we don’t get desensitized and speak out and up for our rights and the rights of others.

W: Last question, come visit us here in Berlin, we would love to see you LIVE. Is there a chance in the near future to see you here?

R: We are working on a European tour. I don’t think it will be long before we come over.